response is necessary for

the economy and quarantine”

President Moon Jae-in said on the 25th that,

in connection with the re-proliferation of Corona 19,

“a pan-government emergency response is

necessary in both quarantine and economy.”

President Moon said in a speech

at the State Council presiding at the Blue House o

n the same day, “In addition to the operation of

an emergency quarantine system to prevent

the spread of the corona, the government

for economic recovery. Please do it.”

In particular, he said, “If necessary, an

could be held in front of the President.”

“The government must prepare for

the re-proliferation of this corona with

“It is necessary to establish an expected scenario

for the spread of the corona and thoroughly

prepare countermeasures for each scenario.” 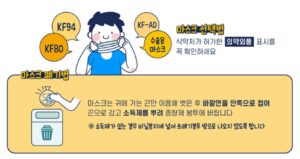 “We need to examine the impact

of the implementation of the second stage of

social distancing on the economy and

people’s livelihood, and if necessary,

measures.” Please give it. We have provided

check if there are any deficiencies.”

The following is the full text of all remarks

at the State Council of President Moon (video).

We will start the 43rd Cabinet Meeting.

As the corona spreads again,

a red light has lit up in the economy

as well as quarantine. Korea is evaluated

as one of the most advanced economies among

OECD countries due to its successful quarantine

expected to become the country with

The government’s goal is to achieve a rebound

in growth from the third quarter. However,

due to the recent re-proliferation of the corona,

the pace of economic rebound has been delayed,

and further economic difficulties are a concern.

In particular, I am worried that consumption and

domestic demand, which were showing signs

of recovery, will shrink again. The struggles of

self-employed and small business owners are

growing, and alley commercial areas are

under threat. The wholesale and retail

business, tourism and travel business, and

which were gradually regaining

If the implementation of the second stage

of social distancing as an inevitable measure

for quarantine is prolonged, the economic

We need an extraordinary

economic response to this.
However, please keep in mind that this

emergency response must be done

in a way that is in harmony with quarantine.

Success in quarantine is the way to save

is a way to protect the lives and safety of

the people and also a shortcut to economic recovery.

In the short term, you will have to face some

the corona situation early can

However, while strengthening quarantine,

the economy cannot be neglected for a moment.

Quarantine and economy are two rabbits that

must be caught together. We have been

doing well both in quarantine and

in the economy so far. While reinforcing quarantine

measures were boldly and promptly launched.

During the emergency economic meeting,

to 277 trillion won were prepared and implemented. 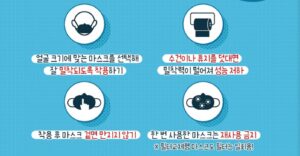 measures have contributed greatly to

livelihoods for the vulnerable, and relieving

the financial shortage of small and medium-sized

business people and companies, and comforted

and supported the difficult and difficult people.

International organizations such as the

OECD and the IMF consistently evaluated

positively for the rapid and proactive response

to the economy by the Korean government’s

was proved through the household trend

survey in the second quarter.

Market income, such as labor and

business income, all decreased due to

the economic crisis caused by the corona,

but due to the active financial support of

and gross income increased at all levels from

the 1st to the 5th quintile. In particular,

the income of the first quintile, the lowest-income group,

increased the most, resulting in

an improved distribution index.
This is a result of the government’s

all-round effort to break the formula of

We were able to confirm the importance

of the government’s role as a support

The government should also prepare for this corona

It is necessary to set up a predicted scenario

for the spread of the corona and thoroughly prepare

countermeasures for each scenario. It is necessary to

examine the impact of the implementation of

the second stage of social distancing

on the economy and people’s welfare, and

First of all, please reinforce the already

the second half of the year in line with the changed

situation. We have provided financial support and

please urgently check if there are any deficiencies.

In addition, since jobs are the most important,

please pay close attention to support such as

maintaining and stabilizing employment and

attention to the vulnerable groups, small and

people who have become more difficult due

to the re-proliferation of the corona.

It is also necessary to further analyze the impact of

demand should be prepared so that

the corona situation can be resumed

quickly when the situation stabilizes.

I hope that the investment plan is expanded

from public investment to a plan to revitalize private investment.

Efforts are also needed to expedite the execution

of planned finances. In order to support immediate

flood disaster recovery and respond to the difficulties

of economic public welfare, we urge you to secure

as much additional resources as possible, including

changes to the fund, as well as reserve funds,

and provide them as soon as possible. In addition

to efforts to minimize financial misappropriation

and misuse, it is necessary to accelerate the execution of

Investing for the future should not stop

despite any difficulties. In particular,

the Korean version of the New Deal is a national

strategy for the future of Korea. I hope that

the Digital New Deal and the Green New Deal will

continue to be promoted to accelerate the transition

to a new economy and the creation of large-scale jobs

while also expanding the safety net for the employment

society. Please give spur to support for fostering

the three new growth engines, such as system

semiconductors, bio and future cars, as food for the future.

needed both in quarantine and in the economy.

The government has built and operated an emergency

response system based on two pillars: the quarantine

We urge the government to focus its

capabilities on preparing measures for stabilizing

the economy, as well as operating an emergency

quarantine system to prevent the spread of

coronavirus. If necessary, an emergency economic

meeting could be held presided over by the President.