15% due to corona crisis 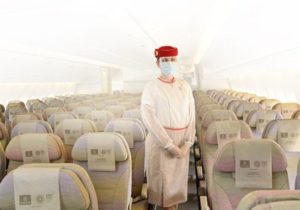 Tim Clark, president of the United

airline in the Middle East, told the BBC

that the Corona19 crisis could cut down

The airline employs about 60,000 people

This is the first time a Middle Eastern airline

has the largest sales and

a number of speculations have been

made over Emirates’ relatively tight

as severe as other airlines,” Clark said. “

I expected this year to be the best year

before the corona 19 pandemic,

but the current situation has

all passengers on 157 routes, except

for cargo planes and special planes

We plan to resume operating regular

routes from last month and re-operate

58 routes until the middle of next month.